Rockfile's Thoughts: When does a non-rock artist fit a rock station? 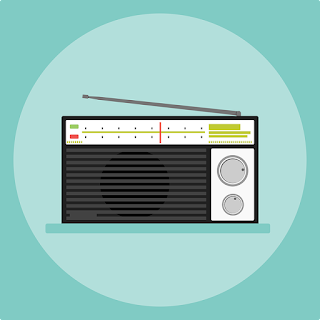 I've been in the radio industry long enough to see trends come and go more than once. There is a lot of talk this week about the new Ed Sheeran song and why it should or shouldn't be played by rock radio. Ed is a great pop artist with good songs who puts on a stellar show. But no one would ever confuse him with rock anything.

There was thinking back in the 80's and 90's that playing one song from an artist outside the format could "steal" some of those listeners for a short time, raising your cume. (Cume = People sampling the radio station for at least 5 minutes in a quarter hour.) And while that may have been successful in a ratings battle, I was against then as I am now.

Rock music has an honest and genuine quality to it. Just like the best of Country, R&B, etc. These days an audience is much more perceptive, they follow the social media of their favorites and try to get to know them inside and out. Just because a pop artist recycles some old blues and rock riffs does not make them a rock artist in the eyes and ears of a rock fan. Any cume a station would get from playing such a song would be overshadowed by the amount of TSL (Time Spent Listening = the other ratings data radio looks at and is exactly what it sounds like.) a station would lose as their long-time fans ask, "Why the hell is my rock station playing Ed Sheeran?". A rock fan may sit through it out of curiosity once or twice, but is a pop fan going to stay when you follow it up with Metallica or Slipknot?

There are hundreds of rock songs released every year that do not get played because FM playlists are tighter, programmers are afraid to take chances with million dollar properties (I don't blame them one bit) and nostalgia seem to be taking over the thinking of anyone over 25 (nothing wrong with that either). But playing a non-rock artist instead of a hard-working rock band out there touring and trying to make a living is really a slap in the face to them and their fans. When does a non-rock artist fit a rock station? Never to the fans of the music. Give that slot to a band that fits the format in everything they do.

No matter what format the radio station is, it needs the best of that genre that it can be. Trying to "steal" a few people from another station with an out-of-format artist is a temporary boost at best and not worth what the station loses in listener loyalty in the long run.  FM Radio needs to adjust it's thinking on this and many other sides of the battle for listener attention or it will get lost in the modern streaming world.

More about that in a later blog.


Rock your day, my friends.

Posted by Scott Hamilton #Rockfile at 2:53 PM No comments:

I am bringing back my blog. To be perfectly honest, I stopped when a "big time" photographer tried to sue me for using two pictures. Not only do I always give credit and link back to the source, they were two polarizing artists I don't even play or support and could not care less about deleting them from the blog. Needless to say, I won that battle but the process soured me on the blog experience. (The whole thing was probably started by a young lawyer looking for an easy fix, I was never contacted directly. As we normally do in the radio/media world when we need something adjusted or removed.)

My blog will now be filled with my opinions and not much more. Feel free to read and comment, I'd love to hear from you.

Today's blog is about an old radio idea to play non-format artists to steal listeners from other stations. Enjoy

These are my 18 favorite movies/shows of the year. Not the best or most popular, that's for critics and box office receipts, these are just the ones I liked of those that I saw.

A couple 2017 movies (and one from 1968) are here because their 2018 home video releases were worthy of inclusion. The lines between box office/streaming/home video are beginning to blur, this list will be all yearly releases, no matter the format, from now on. Listed alphabetically.


Sequels, reboots and adaptations that did not suck. While these didn’t make the year end list, I found all to be more entertaining than reviews would have you believe.


Things I still haven’t gotten around to but will soon:


Posted by Scott Hamilton #Rockfile at 11:52 AM No comments:

These are my 18 favorite releases of the year. Not the best or most popular, that's for critics and sales receipts, these are just the ones I liked of those that I heard. Listed alphabetically.

Posted by Scott Hamilton #Rockfile at 10:28 AM No comments: