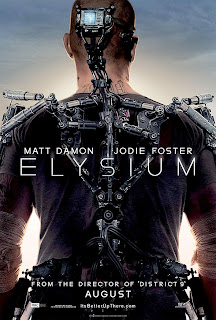 As a big fan of District 9, I am been looking forward to Neil Blomkamp's next film. Looks like the wait will be worth it!

Elysium is an upcoming science fiction action film written, co-produced and directed by Neill Blomkamp. The film stars Matt Damon and Jodie Foster, with Sharlto Copley, Wagner Moura and Alice Braga appearing in supporting roles. It is scheduled to be released on August 9, 2013 in both conventional and IMAX Digital theaters. Elysium is a co-production of Media Rights Capital and Sony's TriStar Pictures. The film takes place on both a ravaged Earth and a luxurious space habitat called Elysium. The film will explore political themes such as "immigration, health care and class issues". 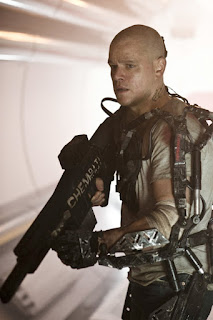 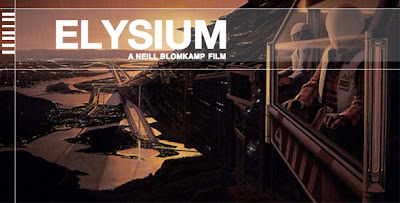 Posted by Scott Hamilton #Rockfile at 11:16 PM No comments: 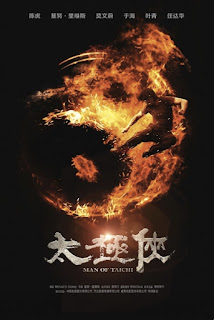 As a fan of martial arts films, I have been hoping a mainstream film could do the genre justice. (I did enjoy Ninja Assassin as a guilty pleasure.)  I must admit, this doesn't look bad. Here's hoping Keanu brings something interesting to the director's chair.

Man of Tai Chi is a 2013 Chinese-American martial arts film directed by and starring Keanu Reeves. The film is Reeve's first in a directing role. Man of Tai Chi is a multilingual narrative, partly inspired by the life of Reeve's friend, stuntman Tiger Chen.

Pre-production began in 2008 with years-long script refinements. During Man of Tai Chi's five years of scripting and production, Reeves acted in several B movies with lead roles as Henry in 2010's Henry's Crime and John in 2012's Generation Um.... When the project eventually moved into the production phase, filming occurred on mainland China and Hong Kong. The film premiered in 2013 with showings at the Beijing Film Festival and Cannes Film Festival. The work was awarded in Beijing and praised by recognized director of Hong Kong genre films, John Woo.

Posted by Scott Hamilton #Rockfile at 3:59 PM No comments:

As a gamer, I have played Guitar Hero and Rock Band and had a blast with them. But, I did not try Rocksmith. This new version looks awesome!! Of course, it doesn't hurt when Jerry Cantrell (Alice In Chains) is playing along. Check this out:

Alice in Chains guitarist Jerry Cantrell stopped by the Electronics Entertainment Expo (E3) on Tuesday (June 11) to give a few music lessons via Ubisoft's new 'Rocksmith 2014' edition. Debuting in October, the new version enables players to plug a guitar and bass into various consoles, including the Xbox 360 and PlayStation 3, as they attempt to reach new rock horizons. 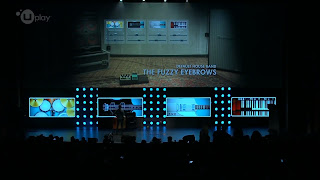 'Rocksmith 2014' features over 50 songs, including the Alice in Chains track 'Stone,' 'Don't Look Back In Anger' by Oasis, and 'The Chimera' by Smashing Pumpkins. The Rocksmith franchise, according to a study conducted by the Toluna Group, reported that 95 percent of the players have improved their guitar experience thanks to playing the game. An estimated 1.4 million gamers have learned to play the guitar through past editions of the Rocksmith tutorial. 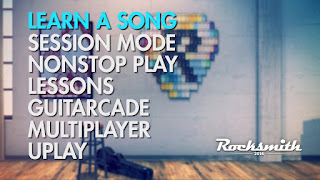 
Posted by Scott Hamilton #Rockfile at 11:27 AM No comments: