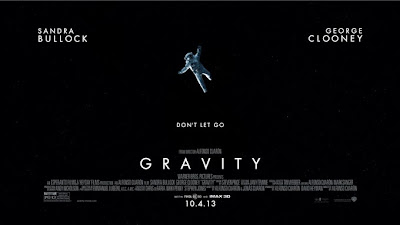 #movies #bluray #bestof2013 #favorites #rockfile
The last few years I have been thinking about merging this list.  I am seeing fewer and fewer in the theater and more at home. Blu-ray technology coupled with a high end plasma display means few theatrical presentations beat our home system. Add the ability to pause for bathroom breaks and now we mostly head to the cinema to see "event" films and save everything else for home viewing.  Therefore, my list of favorite movies of the year tends to lean towards the fantastic.

(Notice I did not say best movies of the year, favorites are movies I will re-visit. Most "serious" award winning "best of the year" films would make up a different list and most of those I only need to see once.) 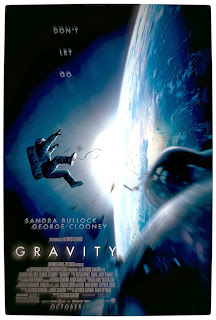 Gravity
For pure popcorn entertainment, Pacific Rim was the forerunner to becoming my favorite film of the year. Then I saw Gravity. 90 minutes of truly gripping, dramatic entertainment and a new benchmark for realism in special effects. The science may not be 100% but no other movie affected me as much as Gravity. 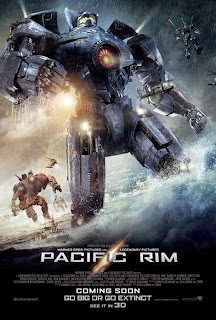 Pacific Rim
One of my favorite directors made a tribute to the giant monster (kaiju) movies I loved as a kid...and kept it fun throughout. A perfectly executed confection that goes down easy and stands up to multiple viewings. 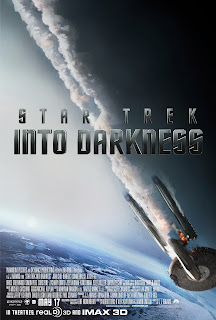 Star Trek Into Darkness
J.J. Abrams upped the ante with his second reboot movie and I was totally entertained. After watching it a couple of times, I have enjoyed it even more and I am looking forward to their continuing mission. 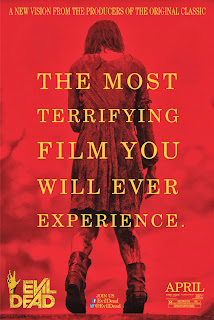 Evil Dead
Most remakes/reboots suck, this one doesn't. As brutal and gory as the original was in it's day, this is Evil Dead for a new generation. One of the most visceral horror films of the year and not for the squeamish. 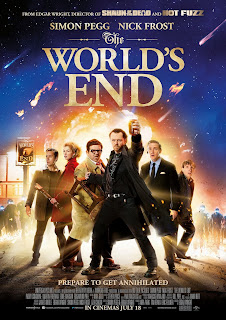 The World's End
A great way to end a trilogy of funny tribute-ish films, first zombies and slacker friends then buddy cops and now, old friends and alien invasion. If you enjoyed Shaun Of The Dead and Hot Fuzz, this is a no brainer.

This Is The End
While I am really tired of most of the raunchy comedies of the last few years, this one is really funny. Lots of inside jokes and over-the-top humor, most everyone can find something to laugh at in this one.


Warm Bodies
Dark, funny and kind of sweet take on the zombie genre.


Sound City
Dave Grohl's directing debut and one of the best rockumentaries ever. I am called Rockfile and I learned things in this movie and was thoroughly entertained the whole time.


The Wolverine
Almost exactly the Wolverine film the fans have been asking for. Check out the unrated, extended version for an even better flick, bub.


Oblivion
Even with it's flaws, this is one of the best sci-fi movies of the year. Beautifully filmed, it's not the new classic it hopes to be but it is still worth a watch.


Hansel & Gretel: Witch Hunters
On a lot of year end worst lists, I had a blast watching this movie. In a world where hobbits, young wizards and superhero movies rule the theaters, this tongue-in-cheek film was called silly and unrealistic. Duh, people, that is the fun of it. A worldwide hit, the sequel is in the works.


The Croods
My biggest surprise of the year. Winning free tickets for a pre-screening a month before release, I entered the theater ready to be bored for the next 90 minutes. Boy, was I wrong! Sweet and sassy with dynamite animation and 3D, this was my favorite animated film of the year.


Thor: The Dark World
I was a minor Thor fan growing up, mostly because I loved The Avengers, but I enjoyed the first movie more than I expected. Like Thor, the sequel continued to create a more fantasy oriented superhero film than Iron Man, Hulk or Captain America. Loki steals the show again and I am looking forward to what happens next.


Man Of Steel
Christopher Reeve will always be Superman, much like Sean Connery will always be 007. I like the other guys who have played the roles but the first one you see, usually sets the tone. (I think Daniel Craig has been terrific as 007!) That being said, I loved the darker, more serious tone of the new Superman. It wasn't perfect but it was the most fun I have had with the character since the first movie.


World War Z
While I love the book, this movie has nothing to do with it. That out of the way, we heard so much negative about this movie while it was being filmed, and re-filmed, no one thought it would be as good as it turned out to be. Before Gravity, this was my pick for most intense theatrical experience. 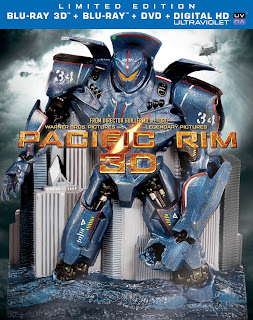 Star Trek Into Darkness
Like the 2009 Star Trek Blu-Ray, this is another movie to show off your home theater.

Muse: Live at Rome Olympic Stadium
A lot of beautifully filmed concerts were released this year but this show was shot at 4K (4 times the resolution of 1080p and the format most movie theaters show movies in.) and looks amazing. The band gives one of it's finest performances and the crowd knows ever word. I get those "live performance chills" you get at a real concert when I watch this.


Argo
One of the best movies of 2012 got two versions on Blu-Ray in 2013, get the collector's edition for all the extras.


Skyfall
A beautifully filmed 2012 movie got a near perfect transfer.


Schindler's List
Unlike a lot of Universal classics this one got a near perfect transfer.


Dredd
Some really amazing 3D shots were among many things that made this much better than it should have been. Closer to the comic than the easily-forgotten-after-this Stallone version, this deserves a sequel.


Halloween: 35th Anniversary Edition
Still not perfect, this new transfer does look better than the movie originally did in theaters.


Prince Of Darkness
A John Carpenter guilty pleasure got a nice transfer and extras.


Lifeforce
The longer cut doesn't add much but I was thrilled to have this Toby Hooper thriller on Blu-Ray.


In The Mouth Of Madness
Another John Carpenter classic and a decent transfer.


Other 2013 Blu-Rays worth a spin in your home theater:

Rebel Without A Cause 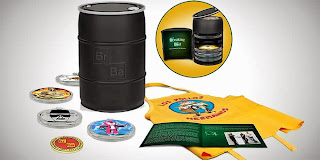 Posted by Scott Hamilton #Rockfile at 1:38 PM No comments: