The latest episode of my new show, PROGRESS, is coming up tonight at 10pm eastern with new tracks from Kamelot, The Sword, Vanisher, Teramaze and others.

You can listen live here: http://loudcity.com/stations/rockfile-radio-01-ice

(A massive upgrade is coming very soon to our website with podcasts hopefully following after.)

Posted by Scott Hamilton #Rockfile at 3:22 PM No comments: 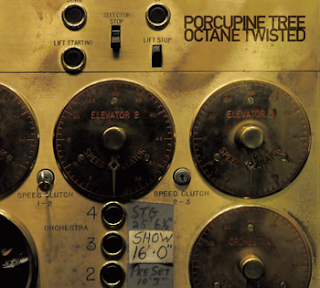 My favorite band (and future subject for my "I love this band" feature), Porcupine Tree, is about to release a new double live album, Octane Twisted.  I have been a fan for more than a decade and they continue to grow and expand their musical vision. If you have not seen them live...you are missing out.

From their official site:

"Octane Twisted" the new double CD live album including bonus DVD will be released on Kscope Records on November 19th. A regular 2 cd only version will be available at a later date.

The bonus DVD, which is a 6 camera shoot production, was never intended to be a standalone DVD release but nicely documents the live performance of "The Incident" in front of a typically lively Chicago audience.


A track from the Bonus DVD:


Start here and work your way back, the entire Porcupine Tree catalog is still in "heavy rotation" during my personal listening. Upcoming posts will highlight their individual releases and members.

Posted by Scott Hamilton #Rockfile at 12:29 PM No comments: