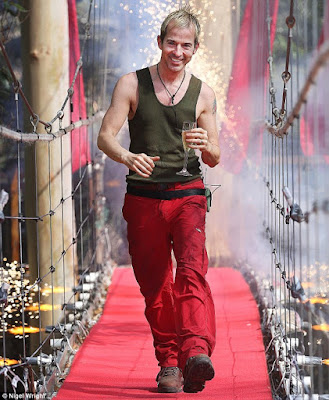 #limahl #kajagoogoo #rockfile
Christopher Hamill (born 19 December 1958), better known by his stage name Limahl (an anagram of Hamill), is an English pop singer. He rose to fame as the lead singer of the 1980s pop group Kajagoogoo, before embarking on a briefly successful solo career, which reached its peak with the 1984 hit "The NeverEnding Story", the theme song for the film of the same name.

With aspirations to be an actor, Chris Hamill toured with the company in a production of Joseph and the Amazing Technicolor Dreamcoat. In 1980, he was given a small role in an episode of the ITV police series The Gentle Touch. In 1981, he also appeared as an extra in the promotional video for Adam and the Ants' number one UK single "Stand and Deliver". 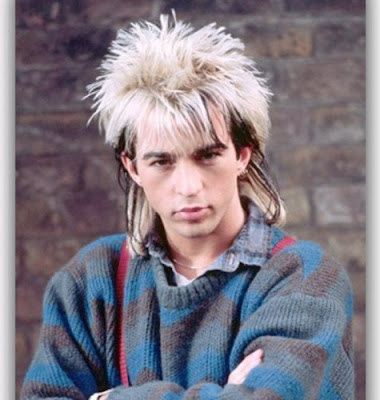 He had a keen interest in music, forming a short-lived punk band called Vox Deus. Next he joined and left a band called Crossword. Later he answered an advert in the music press to join a band to be called Brooks with Mike Nolan. He adopted his stage name (an anagram of his surname) at the time he was recruited by the existing members of Kajagoogoo, who were then performing under the name Art Nouveau.

The four members of Art Nouveau, the band who were yet to become Kajagoogoo, had placed an advertisement in the music magazine Melody Maker, asking for a 'front man who could sing and look good'. Hamill attended the audition and subsequently joined the band which was then, after some deliberation, renamed Kajagoogoo. Soon after he had joined, Limahl met Nick Rhodes, keyboardist of the group Duran Duran, while Limahl was working as a waiter at the Embassy Club in London. Rhodes agreed to co-produce the band's first single, "Too Shy". 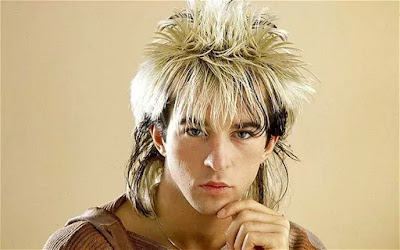 Limahl later said: "I met Nick Rhodes and it changed my life." Kajagoogoo signed a deal with EMI, due in part to Rhodes' involvement with the band, and the single "Too Shy" was released in January 1983. It went to number 1 in the UK Singles Chart and made the top 5 on the US Billboard Hot 100.

The group had further hits with "Ooh to Be Ah" (UK No. 7) and "Hang on Now" (UK No. 11), with their debut album White Feathers reaching UK No. 5. Their first major UK tour was attended by 60,000 people, and the final show at the Hammersmith Odeon in London was recorded and released on home video/Laserdisc (the 16-track White Feathers Tour). 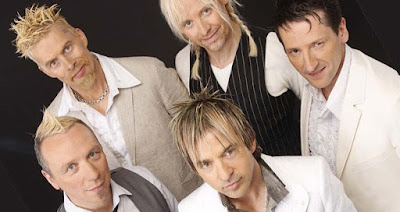 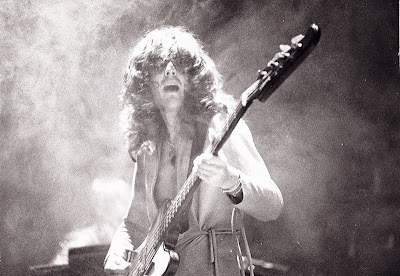 #jimmybain #rainbow #dio #rockfile
James Stewart 'Jimmy' Bain (born 19 December 1947 - 23 January 2016) is a Scottish bassist most famous for playing in the bands Rainbow and Dio with Ronnie James Dio. He has worked with Thin Lizzy frontman Phil Lynott, co-writing on his solo albums.

Bain was born in Newtonmore, Highland, in Scotland. Jimmy Bain played in several provincial amateur bands as a young teen. Bain's parents and younger brothers relocated to Vancouver, Canada. By this point Bain was playing professionally in Street Noise. However he did join his family for a brief stay in Canada. Before returning to Scotland getting his band Harlot and then hitting the London music scene, Bain joined Harlot in early 1974, after turning down a job with The Babys. 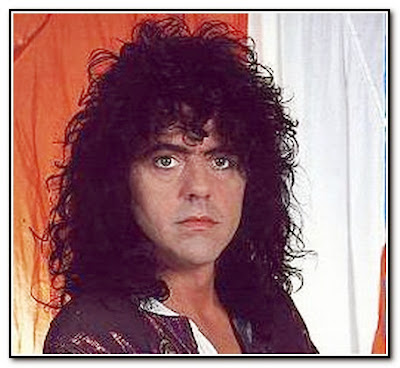 Bain was asked to join Rainbow after Ritchie Blackmore had watched him performing at The Marquee in London. Jimmy would record the studio album Rising and play on the following world tour. While on this world tour, he played on Rainbow's first live album, On Stage. In January 1977, Bain was sacked from the band.

In 1983 Jimmy linked up again with ex-Rainbow vocalist Ronnie James Dio for the band Dio. A central figure within Dio the band, Jimmy co-wrote some of the most successful heavy metal songs of the eighties, such as "Rainbow in the Dark", and "Holy Diver". These two were on their first album Holy Diver (1983). Jimmy co-wrote several other songs for the following albums, The Last in Line (1984), Sacred Heart (1985), Intermission (1986), Dream Evil (1987) and Killing the Dragon (2002). 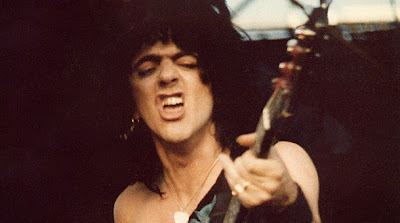 In the mid-1980s, when the entertainment community became active in drawing attention to world charities, Jimmy Bain founded Hear 'n Aid, a foundation in which he could involve the Rock community to help eliminate world hunger. He also co-wrote the song, "Stars," with Vivian Campbell and Ronnie James Dio, which became the Heavy Rock world's answer to, "We Are The World". "Stars", provided a major contribution to the famine relief charity appeal. Bain donates all of his shares of the proceeds to one of his favourite charities, Children of the Night.

In autumn 1989. Jimmy formed a band with vocalist Mandy Lion called World War III. After their 1990 eponymous debut album, the band floundered. Jimmy's solo project The Key utilised a far more melodic and commercial approach. Guitarist on the project was Tracy G, borrowed from Dio's then band who was also the guitarist for World War III.

Ronnie James Dio's concept project Magica (2000) saw the return of Jimmy Bain to the Dio story. Bain played on the albums Magica and Killing the Dragon.

In 2005, Bain again joined forces with former Black Sabbath and Dio drummer, Vinny Appice, for two projects, The Hollywood All Starz and 3 Legged Dogg. While the Hollywood All Starz performed live concerts featuring greatest hits sets of the individual members, (Carlos Cavazo of Quiet Riot was another notable member of the band), 3 Legged Dogg produced a well received album of original material. In an interview with journalist, David Lee Wilson, Bain lamented Appice's ultimate choice to leave both these groups so that he could tour with Ronnie James Dio in the Black Sabbath offshoot, Heaven and Hell.

On January 23, 2016, Jimmy Bain died while in his cabin on Def Leppard's "Hysteria on the High Seas" cruise. He was due to perform on the cruise with his group Last In Line the following day. The performance did not go ahead, and band members informed fans on the cruise that he had been battling pneumonia for some time. The cause of death was determined to be lung cancer. Bain had not been diagnosed with cancer and was only aware of his pneumonia.

Posted by Scott Hamilton #Rockfile at 9:08 AM No comments: 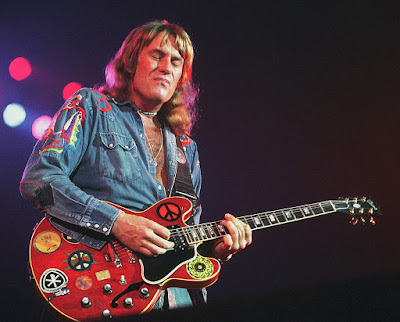 Lee's performance at the Woodstock Festival was captured on film in the documentary of the event, and his 'lightning-fast' playing helped catapult him to stardom. Soon the band was playing arenas and stadiums around the globe. The film brought Lee's music to a worldwide audience, although he later lamented that he missed the lost freedom and spiritual dedication with his earlier public.

Lee was named "the Fastest guitarist in the West", and considered a precursor to shred-style playing that would develop in the 1980s. 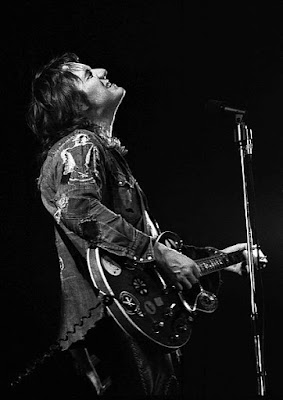 Ten Years After had success, releasing ten albums together, but by 1973, Lee was feeling limited by the band's style. Moving to Columbia Records had resulted in a radio hit song, "I'd Love To Change the World", but Lee preferred blues-rock to the pop to which the label steered them. He left the group after their second Columbia LP. With American Christian rock pioneer Mylon LeFevre, along with guests George Harrison, Steve Winwood, Ronnie Wood and Mick Fleetwood, he recorded and released On the Road to Freedom, an acclaimed album that was at the forefront of country rock. Also in 1973 he sat in on the Jerry Lee Lewis double album The Session...Recorded in London with Great Artists recorded in London featuring many other guest stars including Albert Lee, Peter Frampton and Rory Gallagher. A year later, in response to a dare, Lee formed Alvin Lee & Company to play a show at the Rainbow in London and released it as a double live album, In Flight. Various members of the band continued on with Lee for his next two albums, Pump Iron! and Let It Rock. In late 1975, he played guitar for a couple of tracks on Bo Diddley's The 20th Anniversary of Rock 'n' Roll all-star album. He finished out the 1970s with an outfit called "Ten Years Later", with Tom Compton on drums and Mick Hawksworth on bass, which released two albums, Rocket Fuel (1978) and Ride On (1979), and toured extensively throughout Europe and the United States.

The 1980s brought another change in Lee's direction, with two albums that were collaborations with Rare Bird's Steve Gould, and a tour with the former John Mayall and Rolling Stones' guitarist Mick Taylor joining his band.

Lee's overall musical output includes more than twenty albums, including 1987's Detroit Diesel, 1989's About Time, recorded in Memphis with producer Terry Manning, and the back to back 1990s collections of Zoom and Nineteen Ninety-Four (US title I Hear You Rockin' ). Guest artists on both albums included George Harrison. 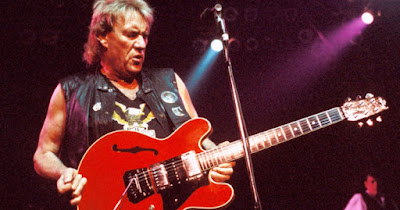