Thomas Youngblood co-founded the Tampa, FL based Kamelot in 1991, but it wasn't until the 21st century before the band started to explode.  Set to release Silverthorn on October 30th in the U.S., I sat down with Thomas before their October 13th show at Revolution Live in Fort Lauderdale. 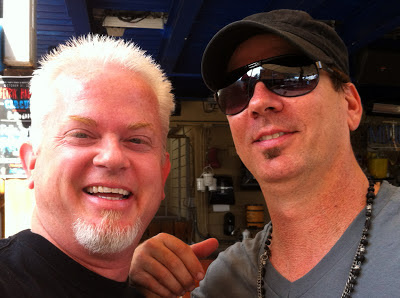 While the audio from the interview did not turn out, here is what I can tell you from the conversation:

-Silverthorn IS a concept album. Thomas refused to explain much more than it's the story of a family in the 19th century and strange things happen. "It's the story of a young girl who dies in the arms of her two twin brothers, taking the three siblings' big secret to her grave. The songs on Silverthorn talk about despair, a sense of guilt and the pursuit of truth. In this context, the silver thorn in the album title has a mysterious meaning, but it's up to the listener to unveil this secret." The "secret" opens up to the listener who picks up this luxurious package: 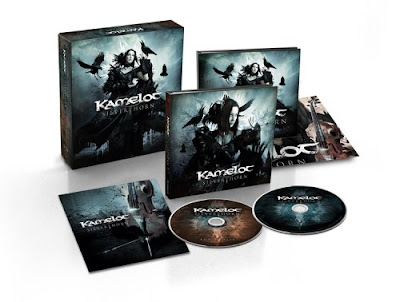 The limited edition version of Silverthorn comes in an Ecolbook with a bonus CD full of 60 minutes of music, a 44 page book and an exclusive poster. Thomas said about the art:

“Artist Stefan Heilemann captured the true essence of the story and the main character. The booklet and 44 page book is packed with amazing images!” 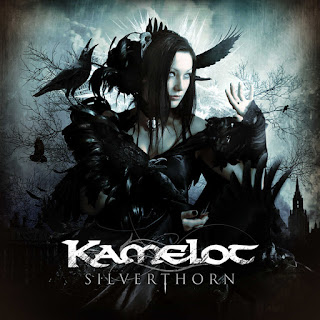 -Although the band has been around quite a while, they feel like they are "just getting started"!

-After they take a break in December, they will kick off a massive headlining tour in 2013.

-They are talking about recording a new DVD/Blu-ray but want to make sure it tops their 2006 live DVD, One Cold Winter's Night. (which is an amazing concert video by anyone's standards, you should seek it out!)

-Yes, the new guy rocks.  Thomas said the excitement Tommy Karevik brings was infectious to the whole band.  (After seeing him live, you will not be disappointed, he fits the band perfectly!)

Currently on a tour of Europe, expect more when Kamelot comes back around headlining the U.S. next year!

Thanks for visiting RockfileOnline.com  I have just re-started blogging and have a LOT more to come!!

Posted by Scott Hamilton #Rockfile at 12:46 PM No comments: