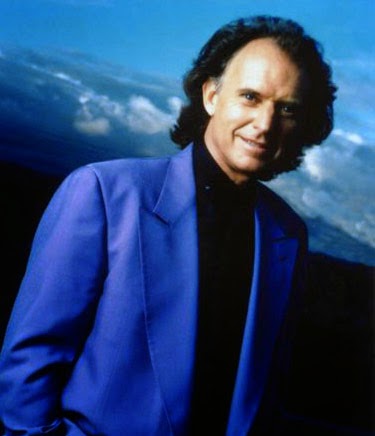 #garywright #spookytooth #rockfile
Gary Malcolm Wright (born April 26, 1943) is an American singer, songwriter and musician, best known for his 1976 hit songs "Dream Weaver" and "Love Is Alive", and for his role in helping establish the synthesizer as a leading instrument in rock and pop music. Wright's breakthrough album, The Dream Weaver (1975), came after he had spent seven years in London as, alternately, a member of the British heavy rock band Spooky Tooth and a solo artist on A&M Records. While in England, he played keyboards on former Beatle George Harrison's All Things Must Pass triple album (1970), so beginning a friendship that inspired the Indian religious themes and spirituality inherent in Wright's subsequent songwriting. His work since the late 1980s has embraced world music and the new age genre, although none of his post-1976 releases has matched the popularity of The Dream Weaver. 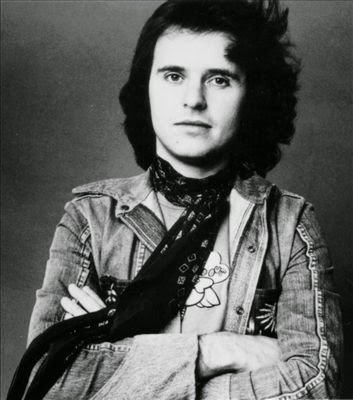 A former child actor, Wright performed on Broadway in the hit musical Fanny before studying medicine and then psychology in New York and Berlin. After meeting Chris Blackwell of Island Records in Europe, Wright moved to London, where he helped establish Spooky Tooth as a popular live act. He also served as the band's principal songwriter on their recordings – among them, the well-regarded albums Spooky Two (1969) and You Broke My Heart So I Busted Your Jaw (1973). His solo album Footprint (1971), recorded with contributions from Harrison, coincided with the formation of Wright's short-lived band Wonderwheel, which included guitarist Mick Jones. Also during the early 1970s, Wright played on notable recordings by B.B. King, Jerry Lee Lewis, Ringo Starr, Harry Nilsson and Ronnie Spector, while his musical association with Harrison endured until shortly before the latter's death in 2001. 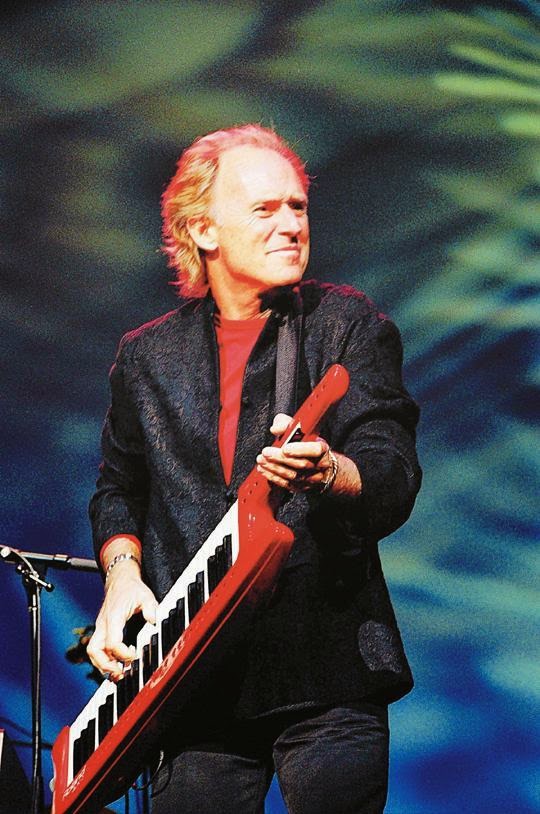 Wright turned to film soundtrack work in the early 1980s, which led to him re-recording his most popular song, "Dream Weaver", for the 1992 comedy Wayne's World. Following Spooky Tooth's reunion tour in 2004, Wright has performed live frequently, either as a member of Starr's All-Starr Band, with his own live band, or on subsequent Spooky Tooth reunions. Wright's most recent solo albums, including Waiting to Catch the Light (2008) and Connected (2010), have all been issued on his Larklio record label. In 2014, Penguin Random House published his autobiography, titled Dream Weaver: Music, Meditation, and My Friendship with George Harrison.

Posted by Scott Hamilton #Rockfile at 7:58 AM No comments: 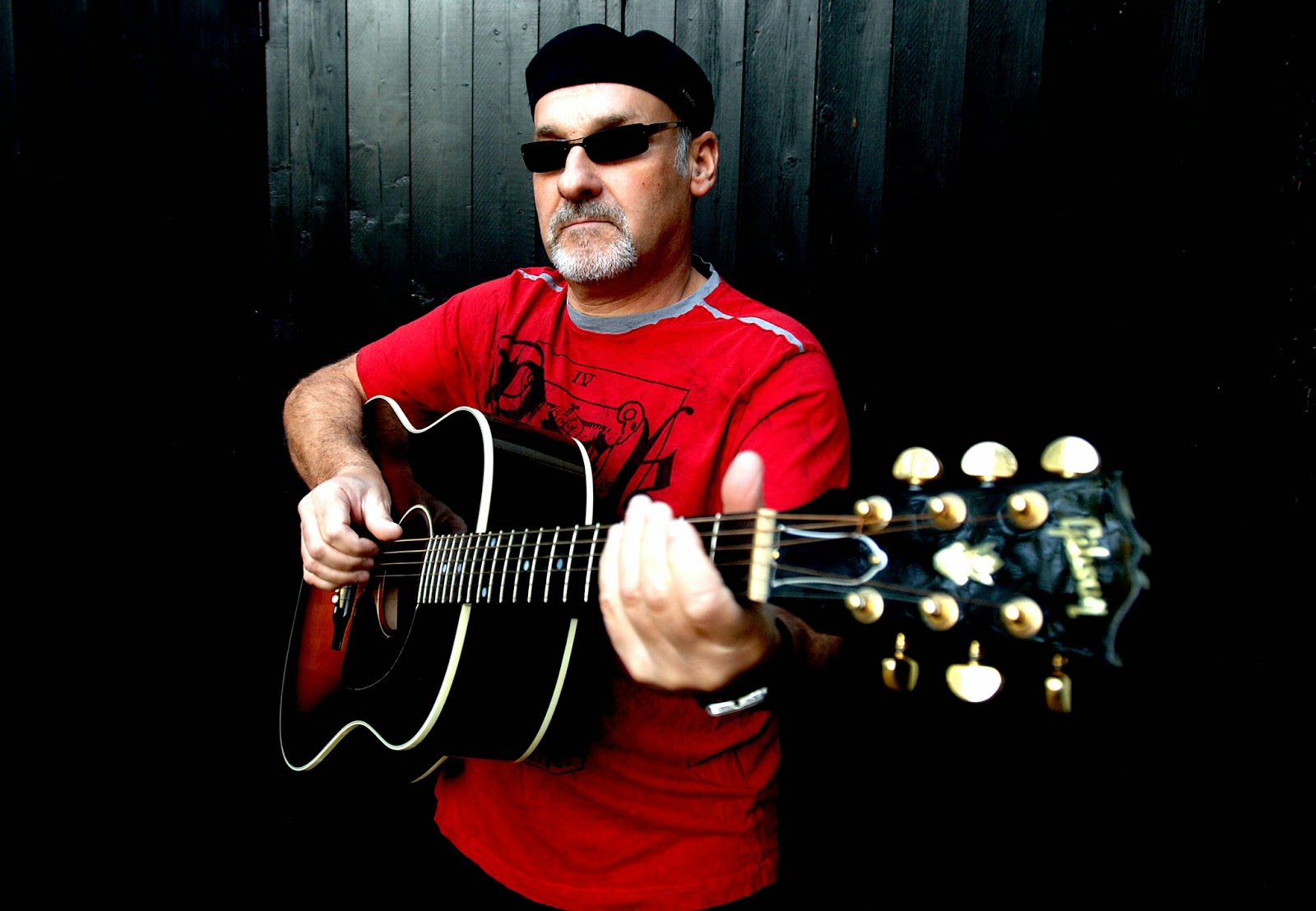 #paulcarrack #rockfile
Paul Melvyn Carrack (born 22 April 1951) is an English singer, songwriter, and musician who has recorded as both a solo artist and as a member of several popular bands. The BBC dubbed Carrack "The Man with the Golden Voice", and described him as "something of a national treasure". William Pinfold of Record Collector remarked: "If vocal talent equaled financial success, Paul Carrack would be a bigger name than legends such as Phil Collins or Elton John." 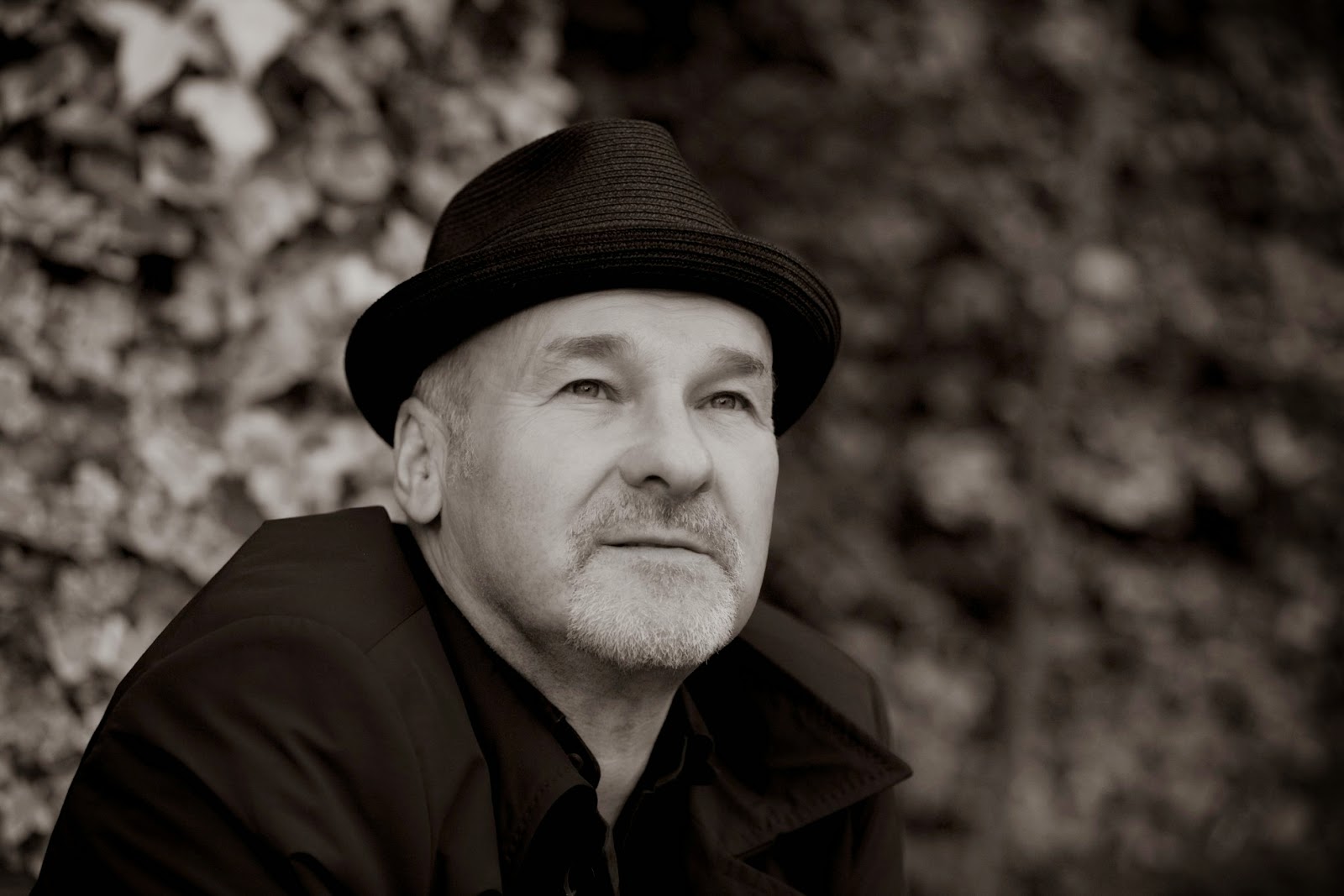 Carrack arose to prominence in the mid-1970s as the frontman and principal songwriter of Ace, and gained further recognition for his work as a solo artist and for his tenures as a member of Roxy Music, Squeeze and Roger Waters' backing group, The Bleeding Heart Band, intermittently handling lead vocals on Squeeze and Waters recordings. From the mid-1980s to the late 1990s, he enjoyed considerable success as the co-frontman (with Paul Young) and a songwriter for Mike + The Mechanics; following Young's death in 2000, Carrack served as the band's sole lead vocalist until his departure in 2004. He maintains an active solo career to the present day. 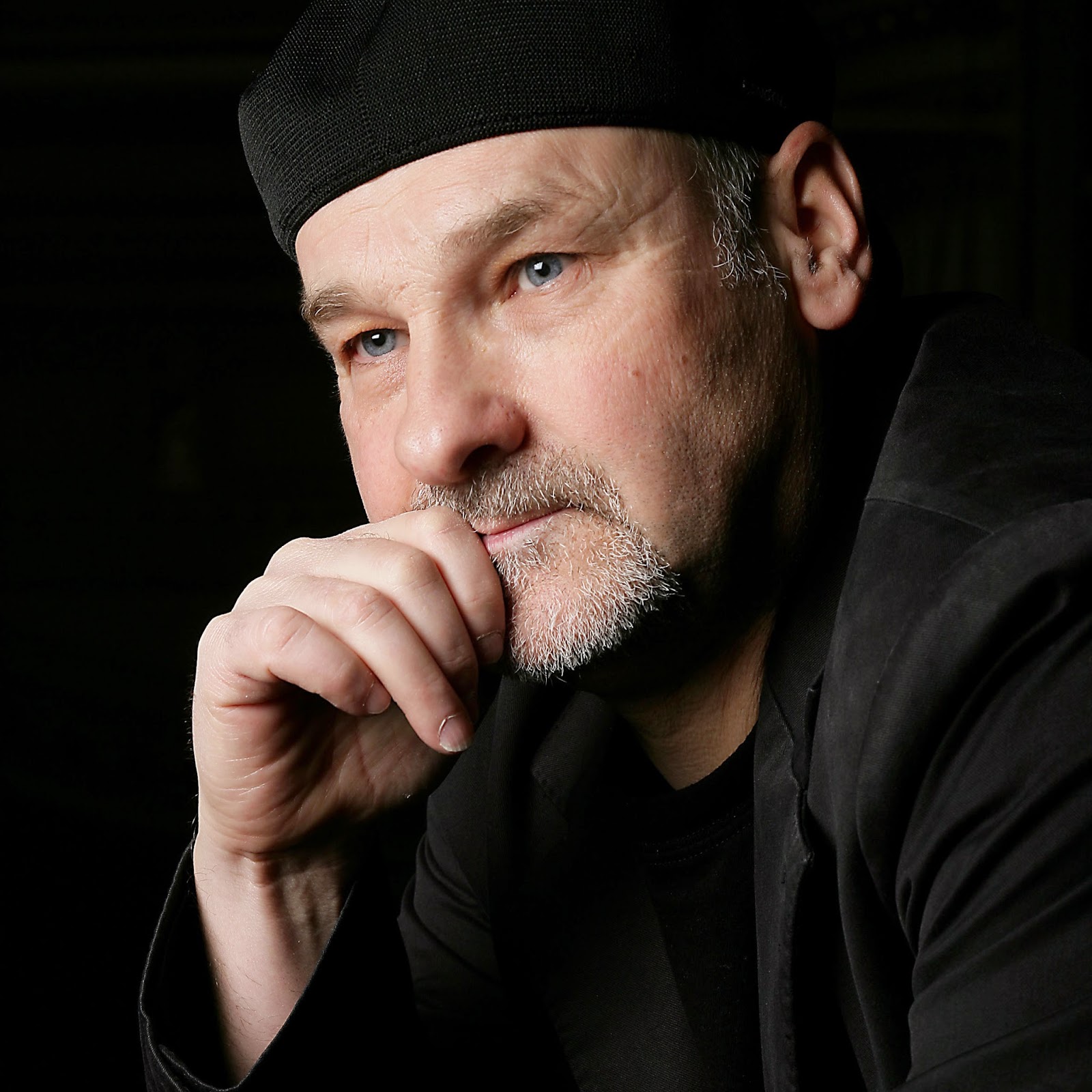 Carrack sang some of his affiliated bands' best-known hits, including Ace's "How Long?"; Squeeze's "Tempted"; and Mike + The Mechanics' "Silent Running", "The Living Years" and "Over My Shoulder". He also performed lead vocals on tracks from the Roger Waters albums Radio K.A.O.S. and The Wall – Live in Berlin, and achieved a major solo hit with "Don't Shed a Tear". Carrack's songs have been recorded by artists such as the Eagles, Diana Ross, Tom Jones, Michael McDonald and Jools Holland, and he has served as a session and/or touring musician for the likes of Elton John, Eric Clapton, Ringo Starr, B.B. King, The Pretenders and The Smiths.

Posted by Scott Hamilton #Rockfile at 9:14 AM No comments: 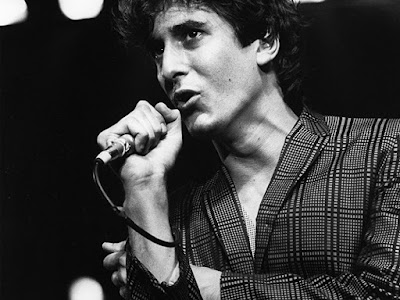 #stanridgway #wallofvoodoo #rockfile
Stanard "Stan" Ridgway (born April 5, 1954) is an American multi-instrumentalist singer-songwriter and film and television composer known for his distinctive voice, dramatic lyrical narratives, and eclectic solo albums. He was the original lead singer and a founding member of the band Wall of Voodoo.

The band was named Wall of Voodoo by Ridgway before their first gig, in reference to a comment made by a friend of Ridgway's, while recording and overdubbing a Kalamazoo Rhythm Ace drum machine. While listening to some of the music that created in the studio, Ridgway jokingly compared the multiple-drum-machine- and Farfisa-organ-laden recordings to Phil Spector's Wall of Sound, whereupon the friend commented it sounded more like a "wall of voodoo" and the name stuck. 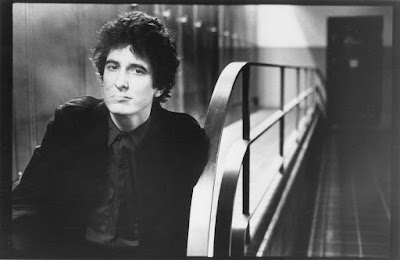 Wall of Voodoo's music could fairly be described as a cross between early synthesizer pop and Ennio Morricone's soundtracks for Italian director Sergio Leone's epic western films of the 1960s. Adding to the music's distinctiveness was percussive and textural experimentation, i.e. mixing drum machines with unconventional instruments such as pots, pans and various kitchen utensils, raw electronics with interlocking melodic figures as well as twangy spaghetti-western guitar. On top of the mix was Ridgway's unusual vocal style and highly stylized, cinematic narratives heavily influenced by science fiction and film noir, sung from the perspective of ordinary folks and characters wrestling with ironies inside the American Dream.

Ridgway embarked on a solo career in 1983, shortly after Wall of Voodoo's appearance at the US Festival that same year. After collaborating on the song, "Don't Box Me In" with Stewart Copeland from the Police for the soundtrack to Francis Ford Coppola's Rumble Fish starring Mickey Rourke, Matt Dillon and Dennis Hopper, he released his first proper solo album, The Big Heat (1986), which included the top 5 European (including UK) hit "Camouflage". This was followed by numerous other solo recordings: Mosquitos (1989),[2] Partyball (1991), Black Diamond (1995), and Anatomy (1999), The Way I Feel Today (1998), a collection of big band standards, and Holiday in Dirt (2002), a compilation of outtakes and previously unreleased songs. Ridgway's album Snakebite: Blacktop Ballads and Fugitive Songs (2005), features the narrative song, "Talkin' Wall Of Voodoo Blues Pt. 1", a history of his former band in song. 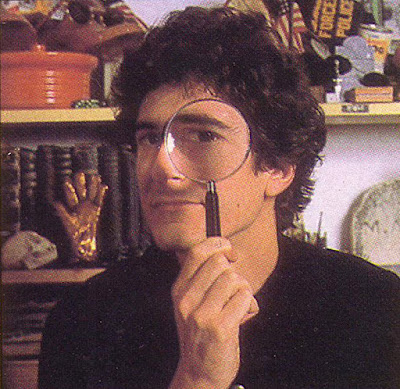 Since the early days of Wall of Voodoo, Ridgway has been interested in making music for the cinema. A list of films for which Ridgway has written scores and/or original songs is included below. Ridgway's album Holiday in Dirt was a quasi-cinematic project, with the release of the album accompanied by a showing of 14 short films by various independent filmmakers, each film a visual interpretation of one of the songs on the album. A compilation DVD of the films was released in February 2005.

In 1994, Ridgway began work on a new project in the form of a trio called Drywall, the other members of the trio being Ridgway's wife, keyboardist/vocalist Pietra Wexstun of the band Hecate's Angels (who had previously worked with Ridgway on Mosquitos and Partyball), and former Rain Parade drummer Ivan Knight. In 1995, Drywall released its first album (first of a "trilogy of apocalyptic documents"), titled Work the Dumb Oracle. A short film directed by Carlos Grasso titled The Drywall Incident was released the same year. An extended, instrumental soundtrack album for The Drywall Incident was released in 1996. 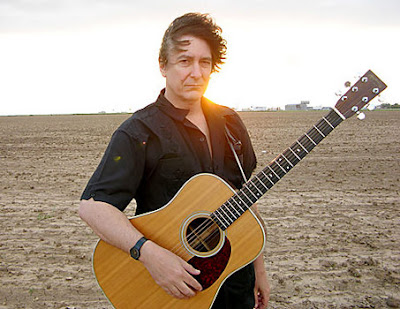 Stan Ridgway and Drywall regrouped in 2006 to release the album Barbeque Babylon, the third "apocalyptic document" with the single "The AARP Is After Me". The new Drywall lineup features Rick King on guitars and bass and Bruce Zelesnik on drums and percussion. In 2008 Ridgway and Wexstun released "Silly Songs For Kids Vol. 1", a collection of children's songs that feature the duo and also the saxophonist and woodwind player Ralph Carney.

Ridgway has also contributed to albums and projects by producer Hal Willner, Frank Black and the Catholics, the Flesh Eaters, the Divine Horsemen, The Ray Campi Quartet, the Fibonaccis, and Roger McGuinn.

Posted by Scott Hamilton #Rockfile at 9:29 AM No comments: 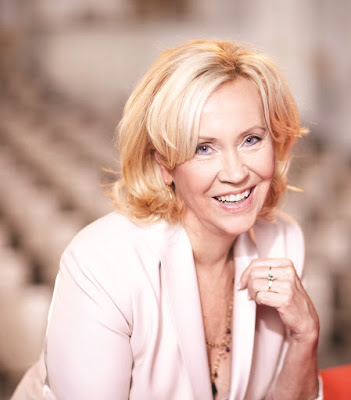 #agnethafaltskog #abba #rockfile
Agnetha Åse Fältskog (Swedish pronunciation: [aŋ²neːta ²fɛltskuːɡ], born 5 April 1950) is a Swedish musician, singer, songwriter, actress, and author. She achieved success in Sweden after the release of her debut album Agnetha Fältsko in 1968, and reached international stardom as a member of the pop group ABBA, which has sold over 380 million albums and singles worldwide, making them one of the best-selling music artists in history. 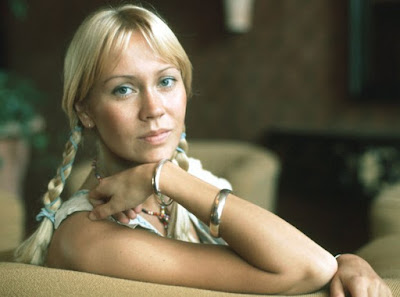 After the break-up of ABBA, Fältskog found some success as a solo artist in the 1980s, though also became more solitary, avoiding outside publicity and settling  on the Stockholm County island of Ekerö. Fältskog stopped recording music for almost 17 years until she released a new album in 2004.The singer returned again in 2013 with A, her highest-U.K.-charting solo album to date. 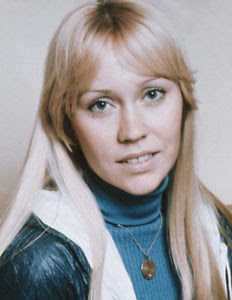 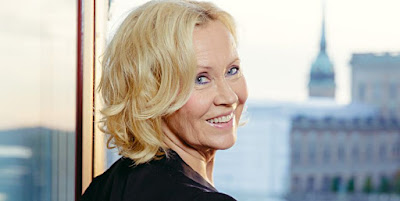 Posted by Scott Hamilton #Rockfile at 9:18 AM No comments: