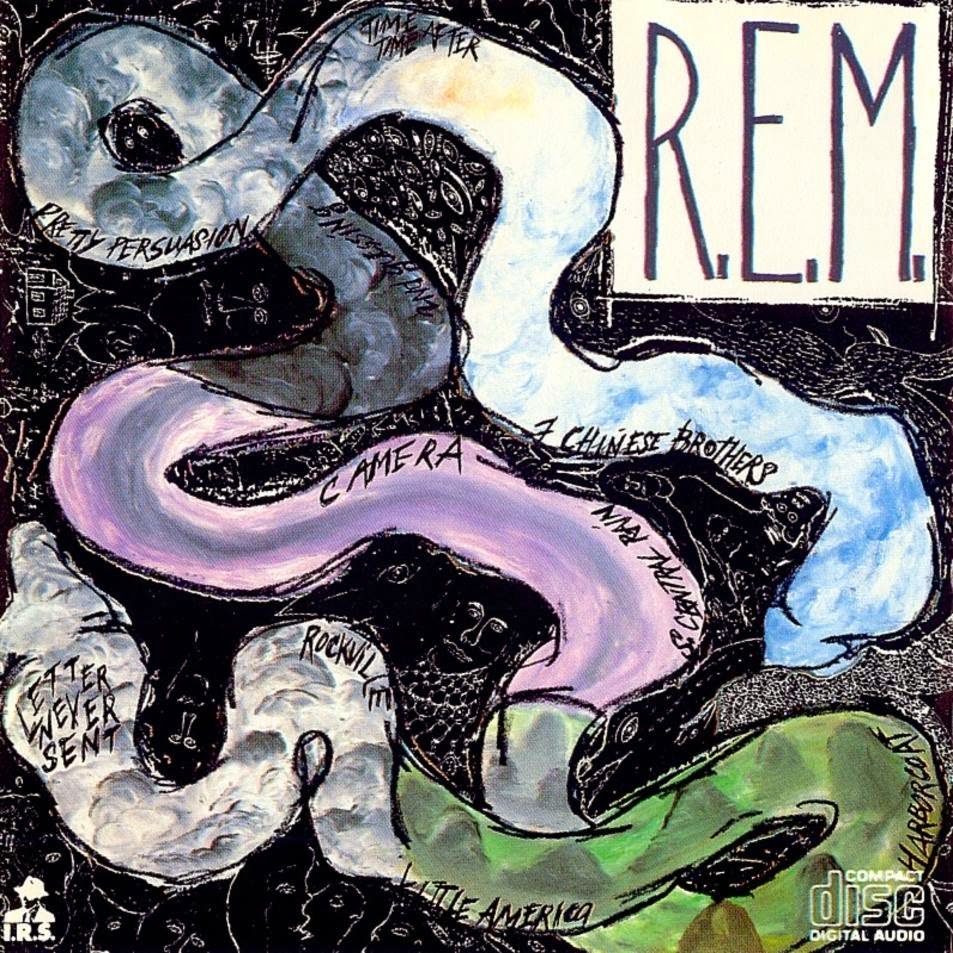 #reckoning #rem #rockfile
Reckoning is the second studio album by the American alternative rock band R.E.M., released in 1984 by I.R.S. Records. Produced by Mitch Easter and Don Dixon, the album was recorded at Reflection Sound Studio in Charlotte, North Carolina over 16 days in December 1983 and January 1984. Dixon and Easter intended to capture the sound of R.E.M.'s live performances, and used binaural recording on several tracks. Singer Michael Stipe dealt with darker subject matter in his lyrics, and water imagery is a recurring theme on the record. Released to critical acclaim, Reckoning reached number 27 in the United States—where it was certified gold by the Recording Industry Association of America in 1991—and peaked at number 91 in the United Kingdom. 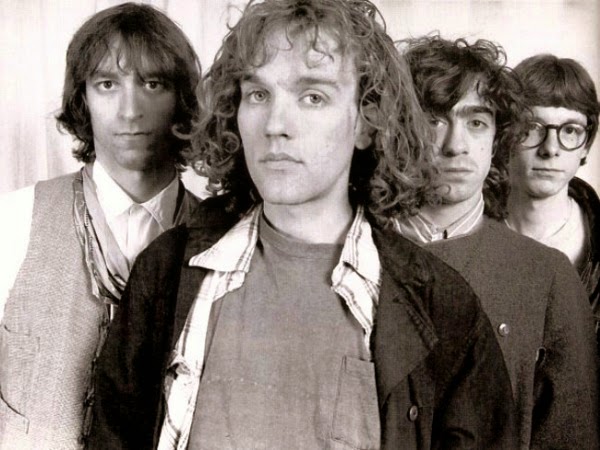 After its debut album Murmur (1983) received critical acclaim, R.E.M. quickly began work on its second album. The group wrote new material prodigiously; guitarist Peter Buck recalled, "We were going through this streak where we were writing two good songs a week [...] We just wanted to do it; whenever we had a new batch of songs, it was time to record". Due to the number of new songs the group had, Buck unsuccessfully tried to convince everyone to make the next album a double record. In November 1983, the band recorded 22 songs during a session with Neil Young producer Elliot Mazer in San Francisco. While Mazer was briefly considered as a candidate to produce the band's next album, R.E.M. ultimately decided to team up again with Murmur producers Mitch Easter and Don Dixon.

R.E.M. started recording Reckoning at Reflection Sound in Charlotte, North Carolina, on December 8, 1983. The group recorded over two eight-day stretches around Christmas 1983, separated by two weeks of canceled studio time that allowed the band to play a show in Greensboro, North Carolina, go out to see a movie, and shoot a video in the studio. While the studio diary listed 16 days for recording, the album sleeve later claimed the album was recorded in 14 days, while in interviews Buck at times commented that the album was recorded in 11 days. The producers both disputed that the sessions were that short; Dixon insisted that they were at the studio for at least 25 days (during which he worked eighteen-hour days), while Easter said, "When I read 'eleven days' I thought, what the fuck! It was twenty days, which was still short, but it's not eleven." 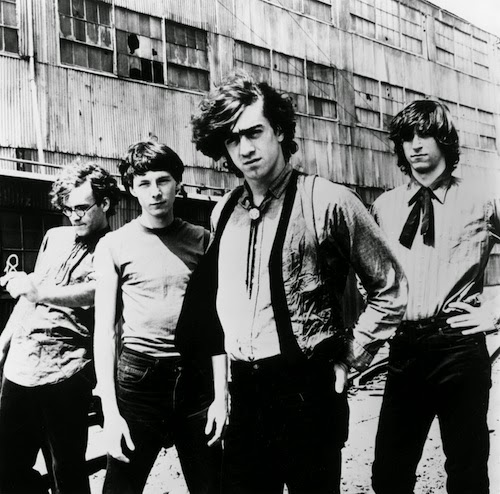 During recording there was pressure from I.R.S. Records to try to make the album more commercial. The label sent messages to Dixon and Easter, which the producers told the band that they would ignore. While the producers respected I.R.S. president Jay Boberg, they expressed dismay at the comments he made when he visited during the last day of sessions. Dixon called Boberg "record company clueless", while Easter said, "I got along with Jay Boberg OK [...] but now and again he would express an opinion that would make me think, 'holy shit', because it would strike me as really teenage." Buck said he was grateful that Dixon and Easter acted as a buffer between the band and its label. He said that "it got to the point where as much as I respected the guys at I.R.S., we basically tried to record the records so they wouldn't know we were recording them!", and explained that part of the reason why R.E.M. recorded the album so quickly was that the group wanted to finish before representatives from I.R.S. showed up to listen to it.

The recording sessions were difficult for singer Michael Stipe, who, among the band, was particularly worn out by the group's 1983 tour schedule. Getting usable vocal tracks from Stipe was difficult; Dixon recalled that he and Stipe would show up around noon each day before the rest of the band, but that "he was kind of shut down, and it was difficult to get him to open up". While recording the song "7 Chinese Brothers", Stipe sang so quietly that Dixon could not hear him on the tape. Frustrated, the producer climbed a ladder to a spot above the recording booth Stipe was in and found a gospel record titled The Joy of Knowing Jesus by the Revelaires, which he then handed to the singer in an attempt to inspire him. Stipe began reciting the liner notes from the album audibly, which enabled Dixon to move on to recording the vocal track to "7 Chinese Brothers" properly (the initial recitation take was later released in 1987 as "Voice of Harold" on the compilation Dead Letter Office). 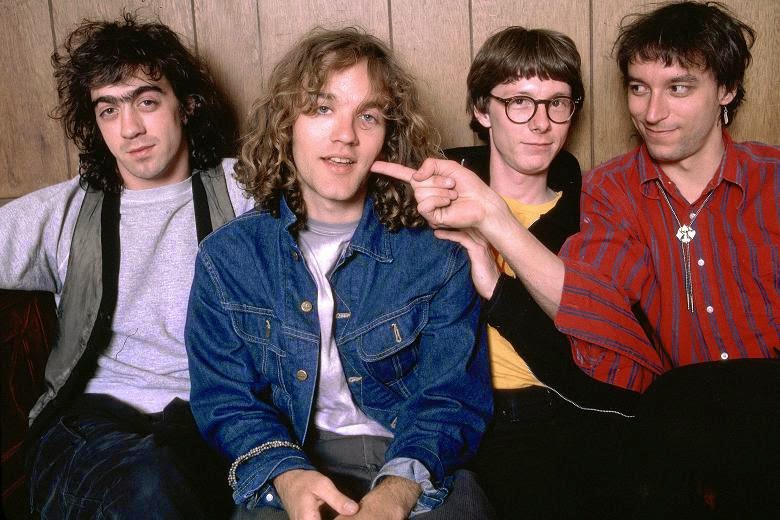 With Reckoning, Dixon, Easter and the band wanted to capture the energy of R.E.M.'s live sound. Dixon had not seen the band perform live before working on Murmur; after he had done so, he had a greater sense of the band's strengths and weaknesses. Dixon wanted the guitars to sound more like they did in concert, but at first met resistance from both the band and the label. However, by the time R.E.M. started to record, Dixon said the group "wanted to rock out a bit more".

Dixon was enamored of the technique of binaural recording, and used it extensively on the album. Easter recalled that Dixon "made this sort of fake binaural head out of a cardboard box and stuck two microphones in it" to record the group. In Easter's opinion, the method made drummer Bill Berry's parts "fresher sounding". Binaural recording also allowed bassist Mike Mills' backing vocals to be loud without covering up Stipe's lead vocals. Dixon explained, "Mike Mills was often singing 12 to 15 feet away from the microphones that were recording his part, but because it was in a studio binaural field, we would tend to hear him as behind [Stipe]."

Biographer David Buckley wrote, "While the music moved away from Murmur's slightly airless feel, the subject matter was a little darker." Buck noted in a 1988 interview that water imagery was abundant in the album. Buckley interpreted that imagery as representing the change presented by the band's increasing success, as well as the changing music scene of group's Athens, Georgia hometown. The song "Camera" addressed the death of a friend from Athens who died in a car crash. Easter said, "[Stipe's] vocal was so exposed on that track, and because of that, it could really show any technical imperfections with regard to pitch." The producer tried to get Stipe to sing a better take, but the singer was more intent on getting the feeling of the song across, and at one point refused to record further. While many of the album's songs were new compositions, some had been in R.E.M.'s show setlists for years. In particular, "Pretty Persuasion" and "(Don't Go Back to) Rockville" had been played live as far back as October 1980. The band was reluctant to record "Pretty Persuasion" as the members considered it too old, but Dixon and Easter convinced the group to do so. R.E.M. originally intended to release "(Don't Go Back to) Rockville" as a non-album single between Reckoning and its next release. When the band recorded it for the album, the group rearranged the song from its live incarnation and gave it country music feel in tribute to its lawyer Bertis Downs, IV, who was a country fan.

Posted by Scott Hamilton #Rockfile at 11:50 AM No comments: