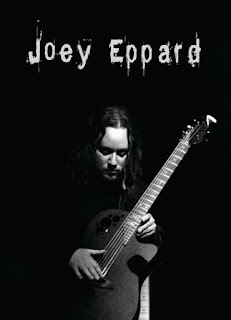 After a long roadtrip to Quebec to see Porcupine Tree several years ago, I discovered a relatively unknown band (to me, anyway) called 3 was opening.  Due to some border troubles, the band's front-man and leader, Joey Eppard, had to perform 45 minutes solo.  I was so blown away by that one performance, I became a life-long fan.  Having interviewed and talked to Joey several times, he is a down-to-earth yet incredibly gifted singer/player/songwriter.  Joey recently released a live Blu-ray/DVD that gives you a chance to see what he does solo for the first time in a complete two-set performance. Although I have seen the band 3 many times since (and loved every time!), I have always hoped to see Joey solo again.

I cannot recommend this live release enough, it is what I have been waiting years for!
http://www.joeyeppard.bigcartel.com/ 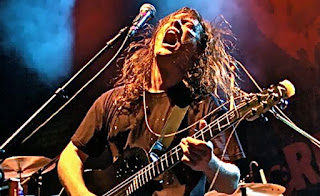 Posted by Scott Hamilton #Rockfile at 2:38 PM No comments: