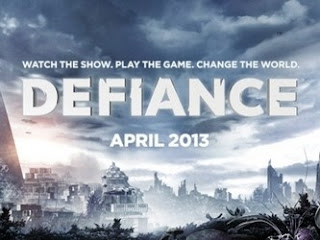 As a gamer, I am intrigued by Defiance for a couple of reasons.  It was created by one of the minds behind Farscape, love that show.  It is also the first time what happens in a video game tie-in will affect it's TV show "partner". After watching the first 14 minutes, Defiance shows promise.  Hopefully the game will be worth playing. 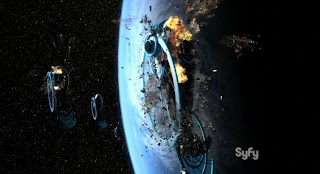 from SyFy:
After months of anticipation, the online 3rd person shooter from Trion Worlds (makers of Rift) is available today for PC, PS3 and XBox 360. Set in a future Earth that's been radically altered by alien conflicts and terraforming, you play as an "Ark Hunter," tasked with tracking down alien technology from "Arkfalls," pieces of a destroyed alien fleet that periodically fall to the surface. You can choose to play as either a human or an alien, fight alone or with a group of other players, choose from a wide variety of weapons and modify them with alien tech, and travel the game's open world with a range of vehicles. As you play, events in the game will impact the Defiance TV series, and events in the TV series will impact the game, for a tie-in experience unlike any other. 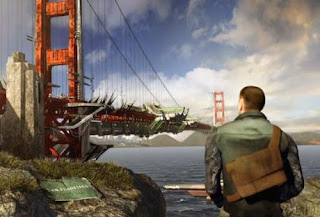 Defiance the series premieres April 15th at 9/8C on Syfy. 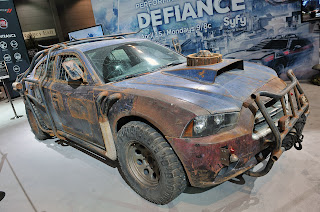 Posted by Scott Hamilton #Rockfile at 1:09 PM No comments: